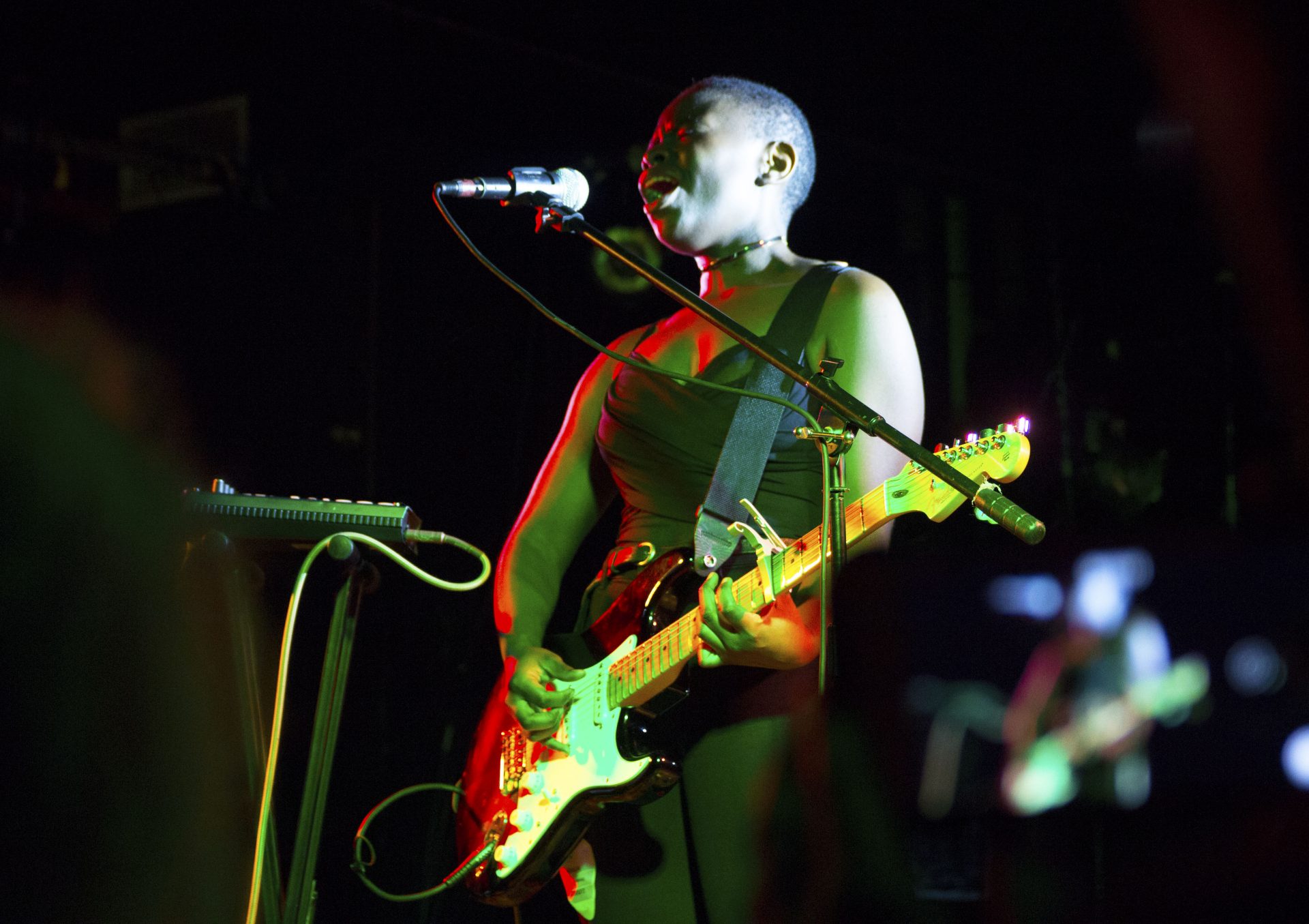 It’s a warm, summer’s evening in Central London, and New York-based singer-songwriter Vagabon – a.k.a Lætitia Tamkoc – is moments away from playing her first ever show in the UK to an entirely sold out, Electrowerkz.

Just prior to Vagabon, London-based troubadour, Alice Barlow (not to be confused with the soap actor-come-Voice contestant of the same name) takes to the stage as main support, playing a short, but captivating set to a fully-packed, smoke-filled room. Barlow manages to ready the crowd with a melancholic atmosphere – bracing them for Vagabon in the process.

Having released her debut album, Infinite Worlds, earlier in the year, Vagabon was eager to bring her songs to life in front of an enthusiastic audience and in embarking on her first visit across the pond to the UK, she unsurprisingly, doesn’t disappoint.

With this being Vagabon’s first ever UK show, and a sold out show at that, the young solo artist understandably takes to the stage with an air of apprehension, coupled with a visible nervous energy. However, as she begins to play, her nerves subside and she slowly mesmerises the audience with a voice reminiscent of Lucy Rose. It is a voice that is gentle where required and really brings her songs and lyricism to life in the most fascinating way – especially when in a small and tightly packed space.

Standout songs from her album, including ‘The Embers’ and ‘Mal a L’aise’, transfer beautifully live and the audience applaud with great adoration song after song.

Between songs, she speaks very little, but Vagabon is soon reassured by an audience member after one of them shouts, “you’re doing great!”, which seems to ease her mood, as she seamlessly enters into the latter part of her set.

Her songs speak of the notions of growing and self-development – themes which are clearly relatable for most of her audience. As the set progresses, more and more passion and gratitude is directed towards those who are present tonight.

If Vagabon’s first UK show is anything to go by, she will clearly be on many peoples’ radars by the end of the year, and she definitely harnesses the ability to potentially grace many of the major festival bills in 2018. Vagabon is not a household name just yet, but when she is, she won’t be forgotten. Let’s just hope she brings the Sun every time she comes to London.

WORDS AND PHOTOS BY TASNEEM HOSSAIN