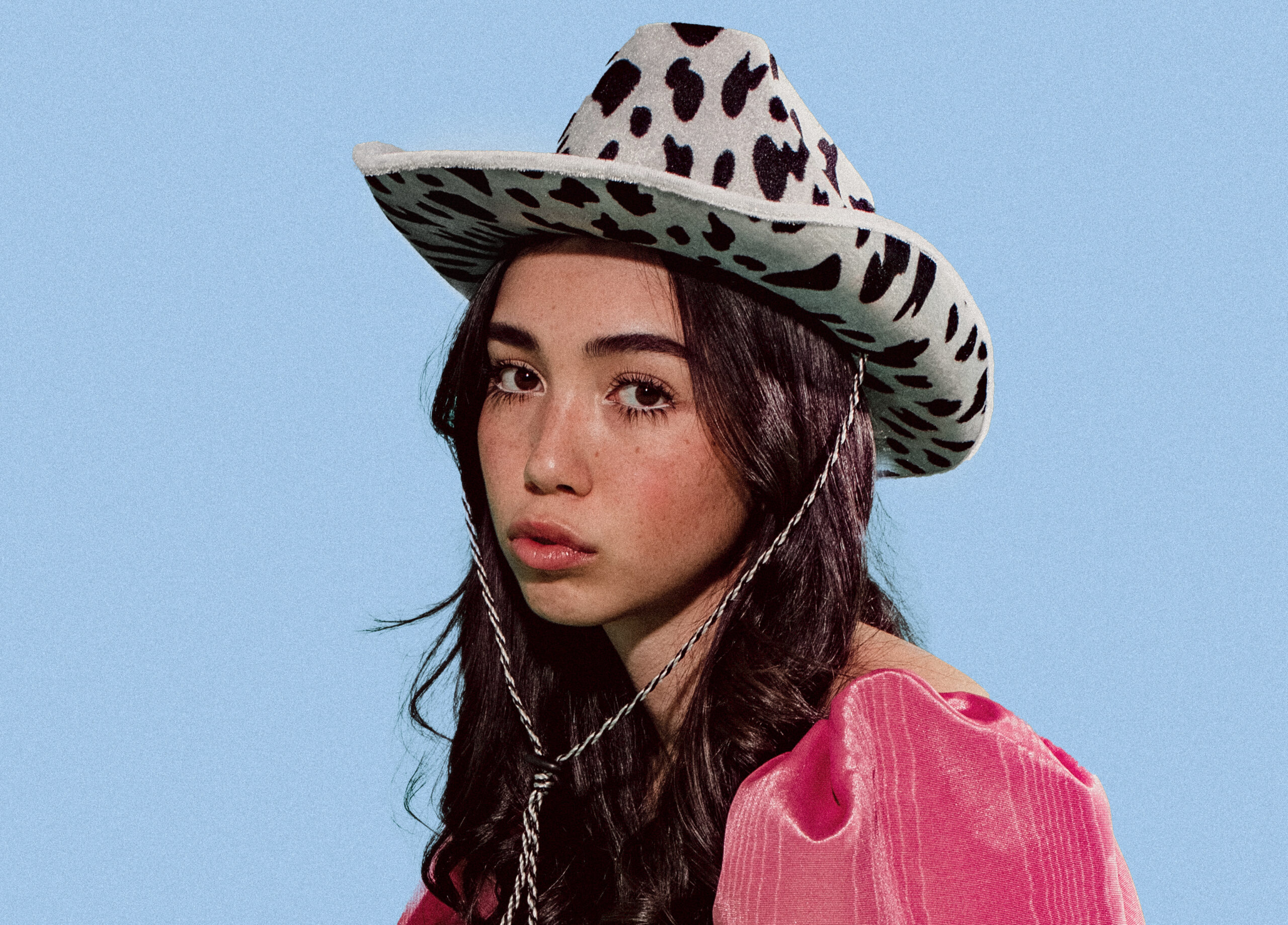 A 23-year-old musician from LA, Wallice employs the sounds of bedroom pop and indie rock to create her killer tunes. And by creating witty music videos, she is bound to capture the younger generation’s attention. She will be releasing her EP ‘Off the Rails’ on the 4th of June, which explores what it’s like to be in your early 20’s. Don’t miss it!

Hey Wallice! How has your week been?

Perhaps it’s the most exciting week of my life. I was just in New York to see a billboard I was on in Times Square. I am featured in Vogue Magazine this week, I am moving to my first house outside of my mother’s on Tuesday, and Friday my debut EP comes out… so in a 10 day span the most exciting events of my whole life are taking/have taken place!

Your debut EP ‘Off the Rails’ is going to be released on the 4th of June, how are you feeling about it?

I am so excited for it to finally be out! I started it about 10 months ago when I wrote ‘Punching Bag’ in October, and I finished it up in March. Since then, I have just been anxiously sitting on it. It is two more songs in addition to the four singles already out, and I’m so proud of this EP as a whole from start to finish. I really hope people love it and can relate to it!

Have you got a favourite song that you are particularly excited to release?

For the last couple weeks, my favourite has been ‘Headache.’ I really love the ending-I describe it as ominous and kind of extra-terrestrial, but the few people who have heard it don’t necessarily agree with that statement. I love the way this song makes you want to bob your head and drive down a dark deserted road. It’s the perfect closer for the EP.

What was the inspiration behind the ‘Hey Michael’ music video?

Originally, I knew I wanted the video to be at a party, maybe even a rager, but knew that couldn’t happen because we were in the midst of a global pandemic– so I had the idea to make it feel like the end of the party instead. I approached the director Philip Stilwell about the idea, and he built on it, really playing into the American Psycho lyric. I thought it was a great idea. It was the inspiration for the Patrick Bateman outfit– and for stabbing my band at the end. Not everyone seems to get the reference– There are a couple mad comments, like “I’m going to make a video where I stab a bunch of girls at the end” and I’m like… there’s literally a movie that I’m referencing!!

You are from LA, what is it like living there, does the LA music scene keep you inspired?

I think the main takeaway from being raised in LA is being lucky enough to constantly be surrounded by art. I went to a performing arts high school, and basically all of my friends are musicians. Just having my friends around and seeing them create and play constantly inspires me. My band consists of my boyfriend who I met in high school, my bass player who has been one of my best friends since I was 14, and my drummer when I was about 19. I even met my producer marinelli when I was in middle school.

There are a lot of limitations to what we are allowed to do at the moment. However, when it is a possibility what are you most excited about doing?

I am so excited to play live shows. I’ve been lucky to be able to grow a new audience just from home this last year, and I can’t wait to get out and play on stage. It’s always a different and more exciting feeling hearing a song live compared to the recorded version. I can’t wait to tour, and I’m so happy that there is a light at the end of the tunnel and tours are starting to be booked.

The single ‘Off the Rails’ has another amazing music video, what’s your thought process behind creating it?

To make this video, I worked with my wonderful friend Jerry Maestas who is primarily a photographer. I asked him if he was interested in making a video together and he was down! He brought a couple really fun ideas to me, and we decided on the most ambitious one– which is basically “life is a simulation.” We played off 2000’s video games, primarily The Sims, and built the video together from there. I’m so happy with how it turned out and really proud of the styling in it (because I did it).

What is your song writing process and has it changed at all due to the pandemic?

In a way it hasn’t because I mostly work with Marinelli, and we are such close friends. So, he was one of the few people I got to see throughout the pandemic. We lived a couple of minutes from each other, and could still just sit in his bedroom studio and write. But for the other half of the EP, we went to my grandparents house in Utah and spent a week at a time working on music. So, I guess the pandemic maybe did change it, because it was the first time I took a trip specifically to create music. I’ll definitely be continuing that tradition. 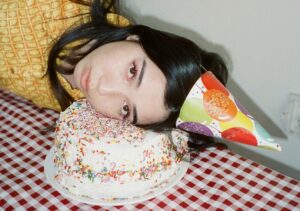 Finally, do you have any favoured artists that influence you and your music, and why?

I grew up listening to Dr. Dog, Weezer, Coldplay, Radiohead, Lana Del Rey, and more recently Big Thief is an important addition to the rotation. But I kinda always just replay these artists’ old music over and over. I think that each artist I listed has influenced this EP, hopefully you can hear that!

Thanks for speaking to us, Wallice!