As a way of celebrating International Women’s Day and endorsing this year’s #PressForProgress theme, we decided to ask some of our writers to tell us about the female musicians that inspire them. The result is an eclectic mix of talented musicians, bands and songwriters who have all strived to push the boundaries of creativity and music, and remould both society’s and the music industry’s rusting, rigid framework. 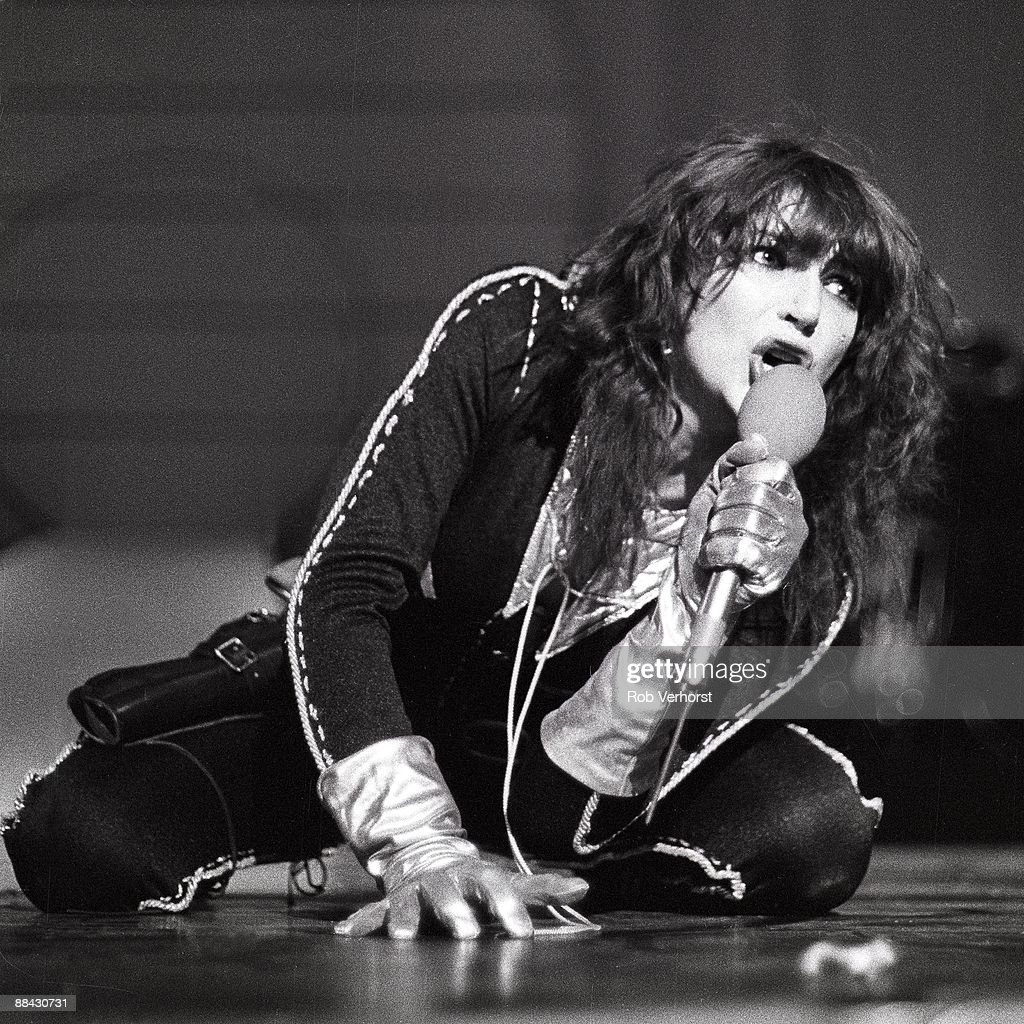 ”Kate Bush’s music is transcendent of time and place, and I hear her sound in a lot of the female musicians I listen to today. Kate’s operatic voice is instantly recognisable and she inspires me because she is wholly unique.

Her music has influenced a whole generation of other female music-makers I’ve come to love, including Bat for Lashes and Florence and the Machine, and I love hearing her sound in theirs.

Kate’s total individuality is inspiring when you consider the decade in which her music was released; there’s a sense of total freedom to her artistry that was unmatched at the time.

The emotional undertone to her music is pretty inimitable too, and ‘This Woman’s Work’ will always be both poignant and powerful.” 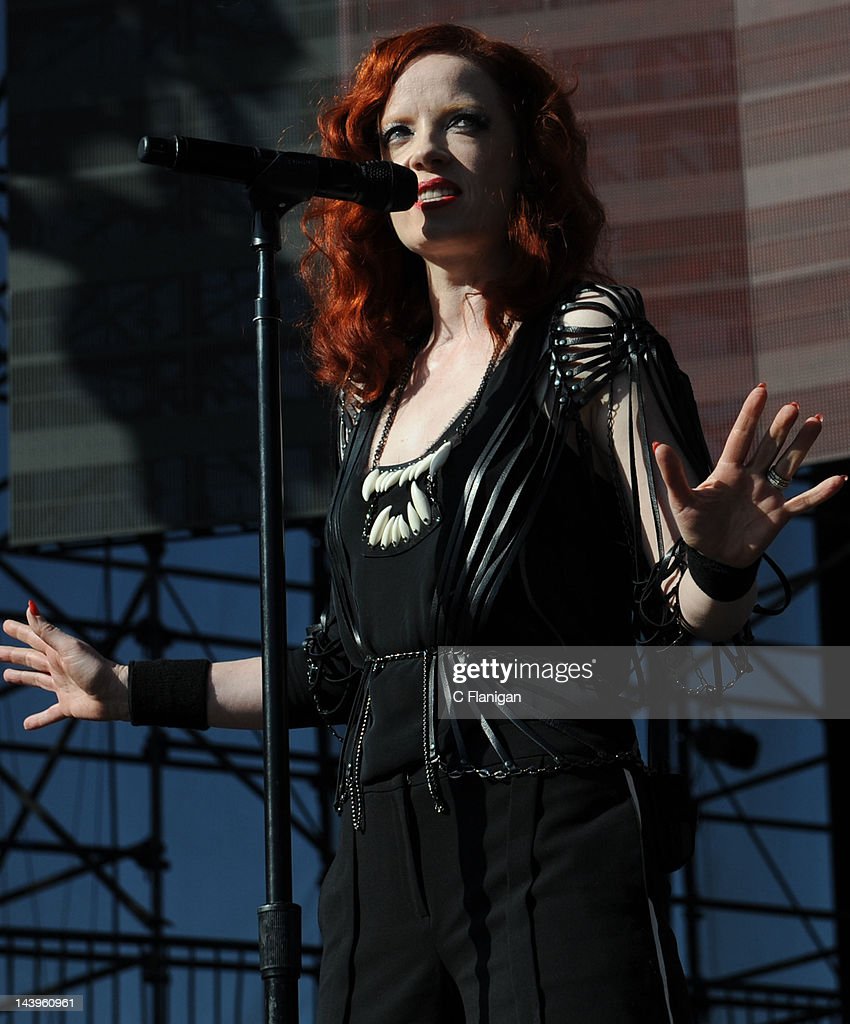 ”Shirly Manson recently received an Icon Award by NME, and it’s no surprise why. Not only has she used her platform for numerous charitable causes, she is an empowered female who has not succumbed to the pressures of the patriarchy’s expectations of what it is to be a female in the popular music industry.

She isn’t scared to be herself or her age, and her forthright, outspoken and positive attitude is larger than life itself. Her illustrious career in Garbage is proof that you can believe and stand up for the right things, and make an impact. That’s exactly the message females in music should be promoting.” 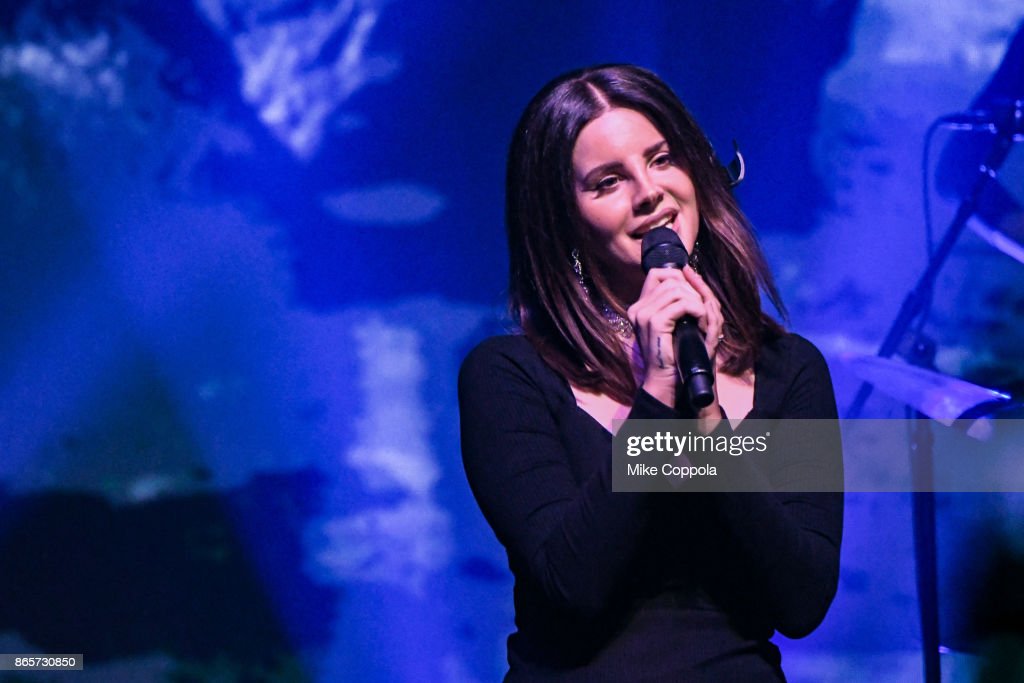 ”Lana Del Rey is one of many female artists whom inspire me day in day out. Her music always has messages and expresses specific emotions rather than explicit content. For example, the triumphant ‘God Bless America’ (from her most recent album), was written before the Women’s Marches in early 2017 and is a response to the Republicans’ attack on women’s rights.

Those who have followed Lana’s early career life will understand that her music mainly revolves around men doing her wrong, but still being so in love with them. Some of which can be quite hard-hitting to hear, but very meaningful.

Her most recent album came as a shock; we see her smiling, which is rare on other album covers and in music videos. We realise Lana Del Rey is emerging out of the dark, overcoming obstacles she never thought she would and becoming this bright spark, inspiring others.” 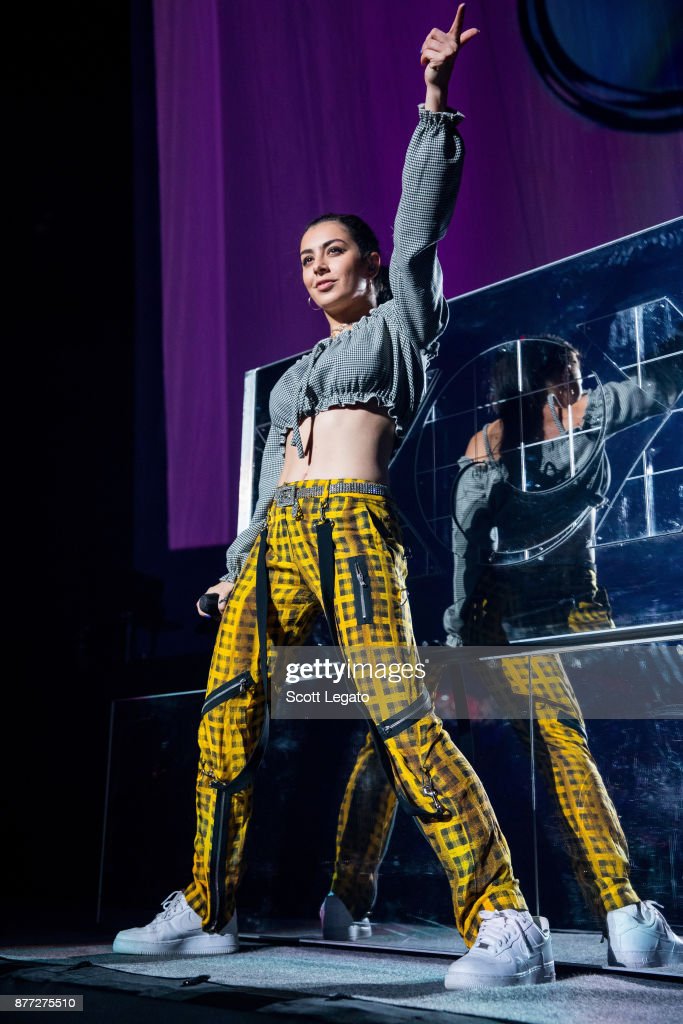 ”Charli XCX. Artist. Female. No.1 Angel. Someone who’s never afraid to push the boundaries of creativity whilst constantly challenging the existing stigmas of what a female artist should be.

Her positive outlook and encouragement of other female artists is admirable, and her promotion of self-care and being your best self is inspirational. As a female artist, Charli XCX is a great role model for girls on how to be a powerful woman in an often sexist industry.” 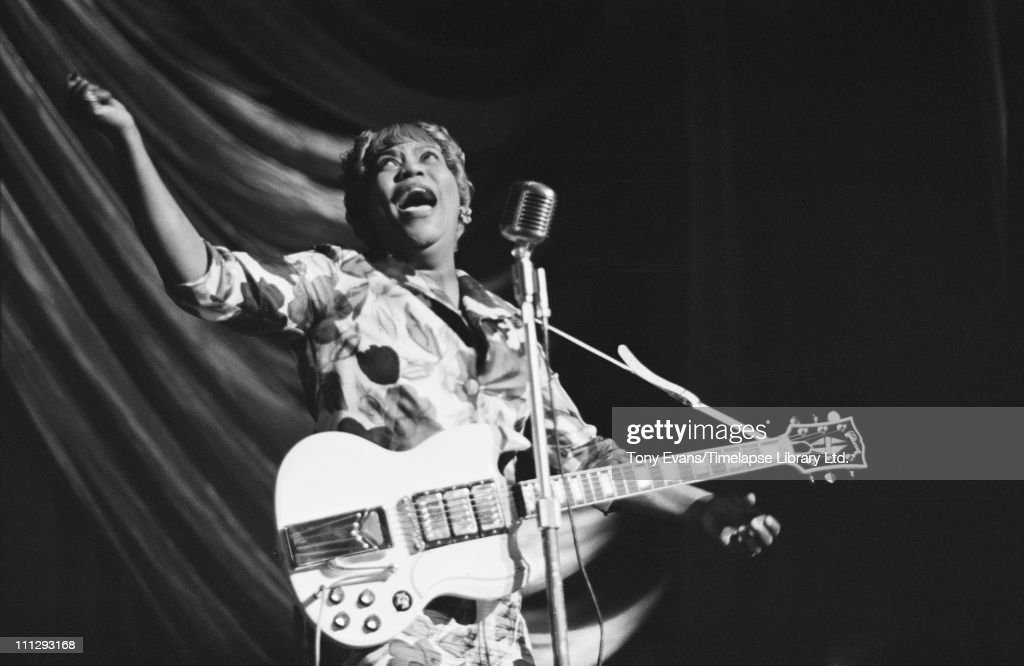 ”There are so many incredible female musicians out there, so initially it was quite hard to pick just one. But my most influential female musician would have to be Sister Rosetta Tharpe.

She was a badass singer and guitarist who came to prominence in the 1930s. Having been dubbed ‘the Godmother of rock and roll’, her unique style of gospel and blues-rock influenced the likes of Elvis, Chuck Berry, Johnny Cash and more.

I implore you to check out her work, particularly two of her more notable songs – ‘Up Above My Head’ & ‘Didn’t It Rain’.” 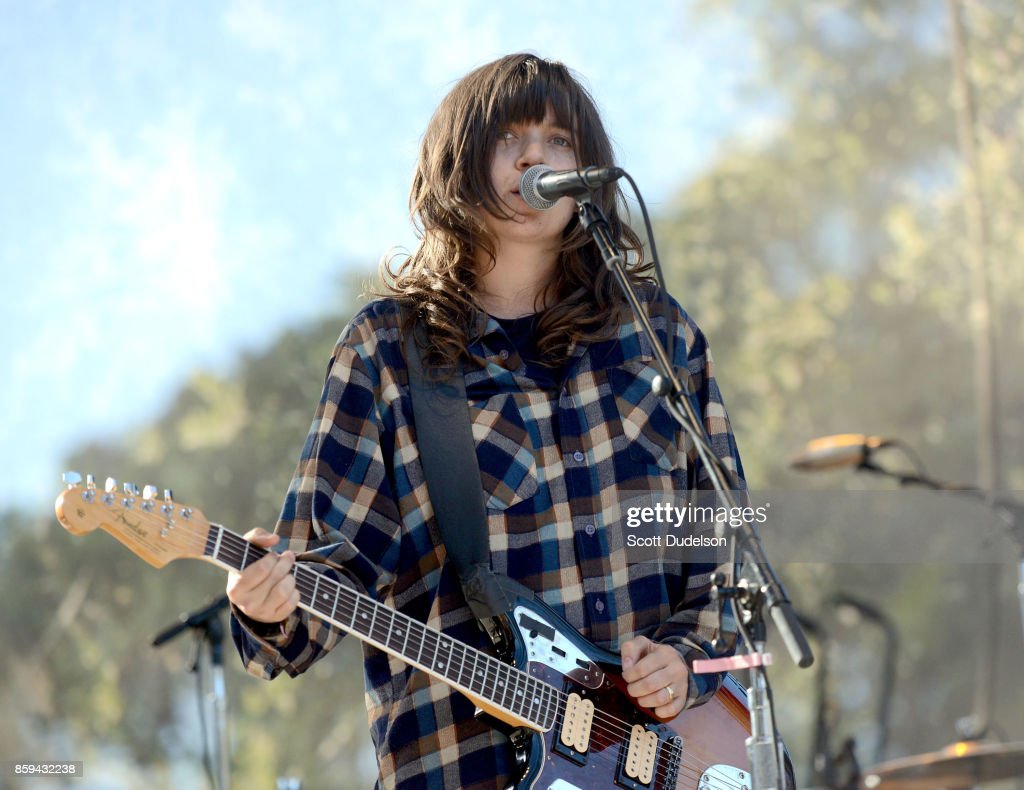 ”Thinking about my most influential female artist, comes with difficulty, especially with the abundance of powerful and inspirational women that have surfaced from 2017.

Though, Courtney Barnett has stolen the show for me. Not only did her collaborative album with Kurt Vile (Lotta Sea Lice) speak volumes of excellence, but Courtney herself has proved to be a lyrical genius, colouring modern day problems with melodic chords and melodies – the singer really knows how to accumulate past experiences and make something musically authentic.

She is a great example of an artist who knows what she’s about! With the release of her new album, there is no doubt that she is going to take 2018 by storm.” 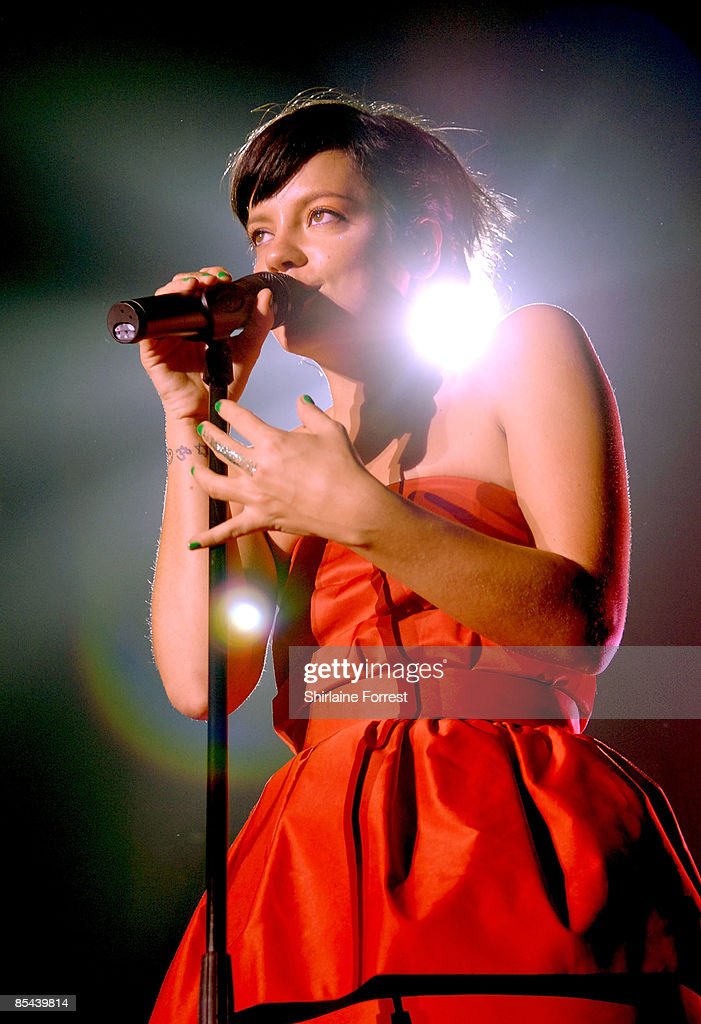 ”There’s nobody else in music quite like Lily Allen. Songs like ‘Smile’, ‘Not Fair’ and ‘Ldn’ are humour-tinged pop anthems, whilst ‘F You’, ‘The Fear’ and ‘Hard Out Here’ are as important now as they ever were, with messages about bigoted politicians, harmful celebrity lifestyles and the exploitation of women in the music industry.

Outside of releasing great music, she’s just as important in 2018, from taking on the Daily Mail and Piers Morgan on Twitter, to taking action in the Grenfell Community.

She’s not perfect, but we can all aspire to be a little bit more like Lily Allen.” 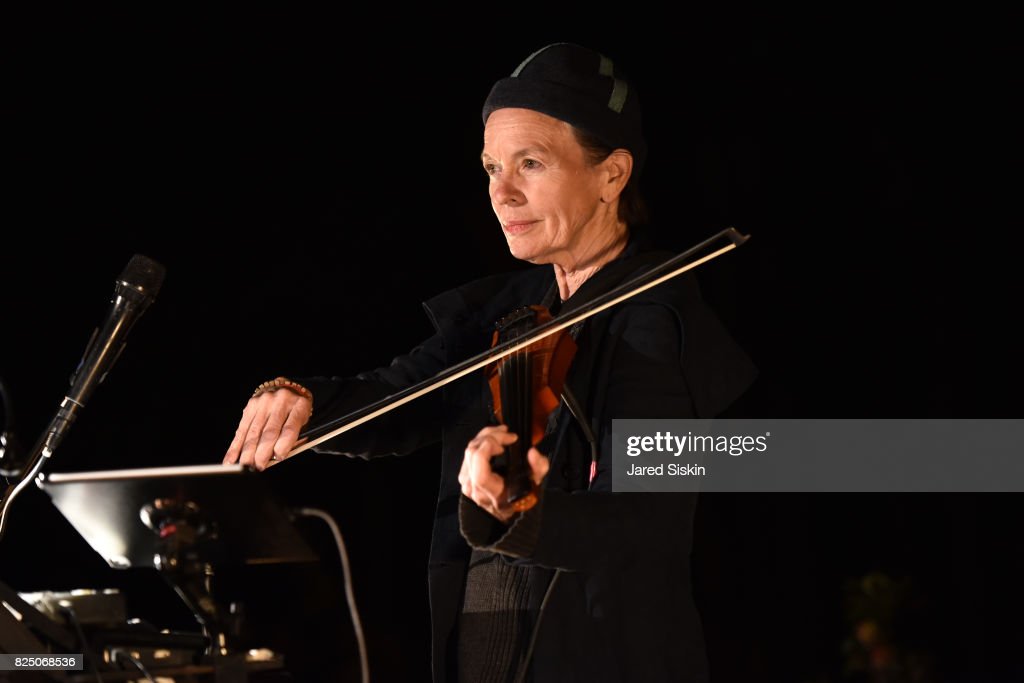 Anderson’s debut album Big Science describes itself as “the record of the time”, but transcends the decades and still remains as politically relevant as ever, and still sounds just as new as the day it was released. Her most well known track ‘O Superman’, an 8 minute long, spoken word piece which reached #2 in the charts in 1982, and many other tracks on the album, sees Anderson utilising the vocoder as a way of creating her idiosyncratic melodies.

Overall, the album, and her entire body of work, regardless of genre or medium, exudes something you can’t quite put your finger on. She is always ahead of her time and will inevitably be immortalised through her continuingly “weird” work.” 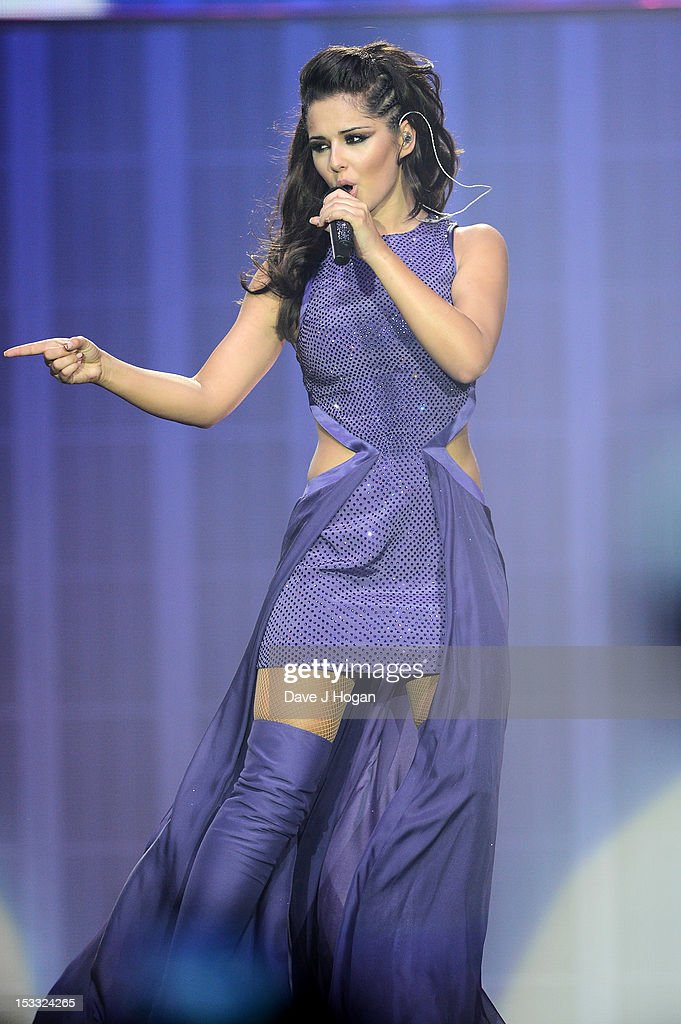 ”For me, Cheryl is not just another singer. She is one of the most successful female artists in UK history, yet she has not let this success go to her head. She instead uses her celebrity status for the greater good and is using her fame and contacts to help young people via her charity,  Cheryl’s Trust.

And it is her kindness, and charity work, that truly inspires me, along with her music which has helped me through a number of personal issues, including my father’s death in 2009.

Cheryl is a true icon in every sense of the word.”

”Any person or artist who is considered by the late David Bowie to be the future of pop music is instantly fine by me. But it wasn’t really until witnessing LORDE at Glastonbury last year that I truly became a fan and understood the shear capability of both her talent and vision.

LORDE, although still a pop artist as such, in my opinion at least, is much, much more.

Her set at Glastonbury displayed not only a sense of maturity way beyond her years, but a forward-thinking, risk-staking mindset that displayed signs of a true creative and musical genius and that Bowie would have been proud of.

I threw my arms about, danced like an idiot and sang at the top of my lungs without inhibition as LORDE, I, and thousands of others celebrated our sense of individualism, quirks and weird traits.

Her debut album was a hit, but to hold her nerve at such a young age and produce not only a follow-up album that betters her first and documents her coming of age, but one that I consider to be one of the best albums of the last decade, is nothing short of inspiring. Thank the LORDE!” 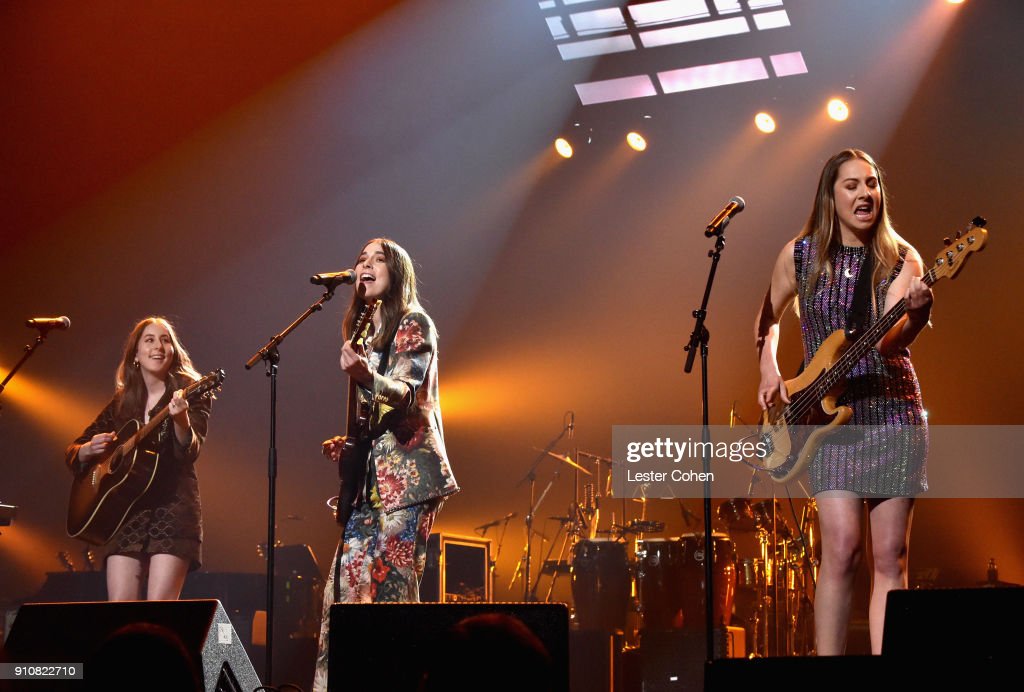 ”With their burnt orange eyeshadow and stop-and-stare style, Haim are a force to be reckoned with. The California trio had my heart from the first time I heard them on the sound system during my shift at work; their rocky-poppy sound caught my attention.

The sisters used their new status as Best International Band at the NME Awards last month to bring awareness to women in the music industry, unapologetically shining a light on the issues they’ve experienced as female musicians.

Este Haim: ”don’t make anyone feel like you don’t belong there, because you do belong there.””

”Laura Kidd is She Makes War. She is an independent artist based in Bristol about to release her fourth album. Her DIY approach to touring (often solo and on public transport) and recording, her interaction with her fans, innovative approaches to her work and how it’s presented, support for other artists and steadfast refusal to bow to both social and industry convention against the odds, makes her an inspirational figure.” 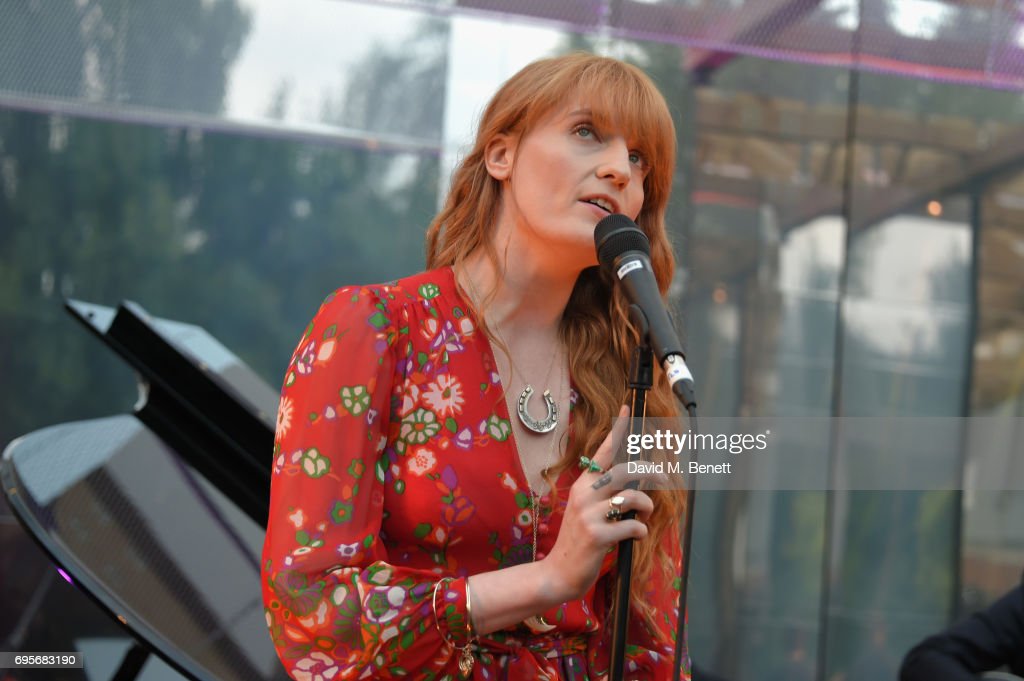 ”Florence Welch is someone who inspires me. Since I was young, I would blast her music as loud as possible and sing along, mostly out of tune, but that is what’s great about her music…it doesn’t matter.

Florence’s live performances beat anything I’ve ever seen – from the amazing outfits to her unbelievable vocals. She encourages her audience to lose all their inhibitions and dance like nobody is watching.

She is someone that inspires me to never be afraid of what anyone thinks and just be myself.”

Diamante reveals her music video for ‘Had Enough’
International Women’s Day: Radio 1 DJ Abbie McCarthy Made Us A Special Playlist
To Top