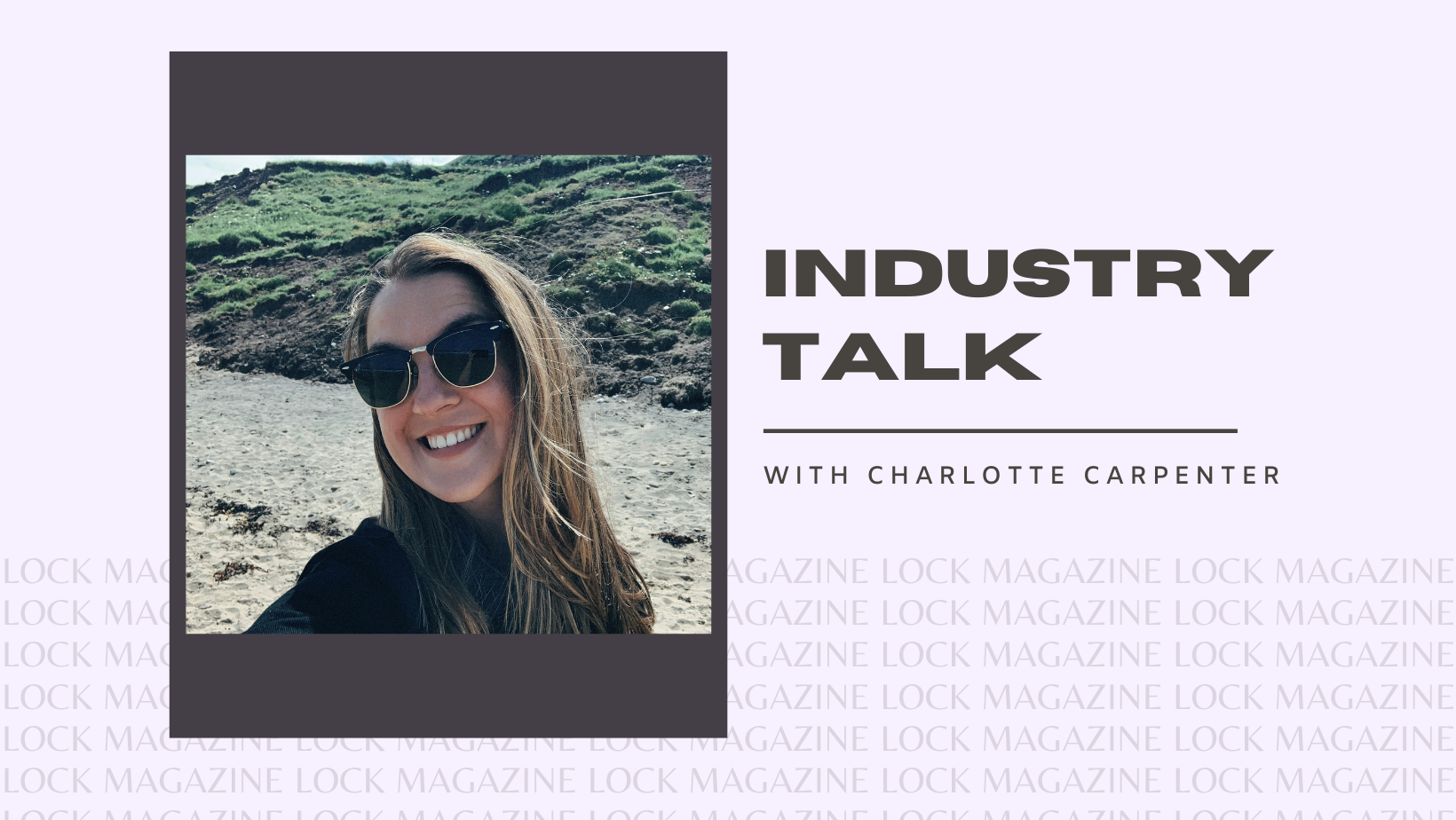 In this series, we’ll be showcasing a variety of talented women in the music industry who are acing it right now. To find out more about how they navigated their chosen path in the industry, we’ll be uncovering how they got to be in their current roles and just exactly what that role entails. With the hope of sharing the abundance of career paths in the music industry, this feature aims to inspire more women to find their very own place in the music world by showcasing those who are already thriving in its environment.

For our fourth Industry Talks feature, we spoke to Charlotte Carpenter who owns and runs Babywoman Records, a record label home to an array of artists you can listen to here.

Hi Charlotte, thanks for taking part in our Industry Talks.

Can you tell us what your job title is?

I’m a woman of many hats! Most importantly, I’m a musician. Secondly I run an artist led record label called Babywoman Records. And lastly, I’m a part time barista!

What does your job involve?

I won’t bore you with how to make a flat white, so let’s stick to music. I’ve been an independent musician for 8 years – self releasing, self booking (although I do have a wonderful agent agent now) and at the moment I’m writing my debut album. I also host a podcast called Indie Insider which is a podcast for other indie musicians which is full of shared experiences, artist conversations and industry talk. I started this in the first lockdown with the aim to demystify the music industry, and I think I’ve achieved that. I’m taking a break from that at the moment, but I love it. On the label side of things – I find new music, new artists, roll out DIY press and social media campaigns and build as much of a likeminded community as possible.

Tell us a bit about your career so far?

I feel very grateful for the career I’ve built to date and the experiences I’ve had, but I can’t say it’s been easy. I’m not shy to hard work and I have buckets of drive but I did not know it would feel this difficult at times, and I think that has happened to a lot of us who are now in our early 30’s, seeing the music industry evolve and change. I knew from a relatively young age I wanted to write and perform, so I got to work early and went to open mic nights at 16. At 18 I went to University and studied music and by 20 I was finished, back with my Mum and gigging anywhere that would have me. It was a little simpler back then; algorithms worked in our favour and Spotify didn’t exist yet so a lot of my momentum came from touring which really helped me get my name out there. I did that for years (pretty relentlessly) alongside releasing as much music as I could and eventually better promoters have gave me better gigs, better festival slots, and things started to take off but around 26 I could feel this sense of not knowing what to do next, and was starting to feel deflated from set backs, feeling like I wasn’t achieving things fast enough, comparing myself to other musicians – I was tired. This is when the record label – Babywoman Records – was born and I set out to form a community of likeminded people who at some point had felt the same thing as me. I wanted to get excited about music again, and give back everything I’d learned and experienced to younger people and likeminded musicians. Off the back of this, I was invited to do a Tedx talk where I shared my opinions, based on my experiences, of being a woman in music. Since this happened in 2020 – the label and the podcast has been two of the most life and career changing decisions I’ve made; I love music again, I’m energised and I’ve met some truly amazing people.

How do you ensure your job doesn’t burn you out?

I take time off! There is always something that needs to be done but it doesn’t mean you have to do it now. I use this technique called time blocking where I’m super strict with when and how long I dedicate time to certain tasks. Even If I’m not finished, I’ll stop because I told myself after 5pm work has to stop.

Do you have a degree?

Yes! I have a degree in Popular Music which was a lot of fun!

Has networking played a significant part in your career?

When I was first starting out I was always talking to new promoters, agents, festival bookers whether it was via email or at a show but as I’ve become older I’ve found the most important people you need to be around are other creatives who doing similar things or more interesting things than you, but you also want to just be yourself and not force conversation either. Engage with your favourite creatives and genuinely take an interest in their lives and projects without expecting anything in return.

If someone was looking to start a career running a label, how would you advise them to start?

I would tell them to push the boundaries of what a record label can be and ask them to question what they want out of it. That answer alone will tell you all you need to know about where to start. If you’re interested in making money, you’re going to have to take cuts from master recordings so setting yourself up with a label ISRC code from PPL is a good place to start. If you’re not interested in making money from the artists, then you’re going to have to get creative and build yourself up as brand, sell merchandise, book shows, start a podcast – basically be a content making machine which in the long run could really pay off.

Simpler advice is to be wise with you give your time too and set expectations with artists from the very start – oh and also get really good at using Google Drive, and maybe upgrade it.

Top tips for being a woman in the music industry?

Yes. Don’t compare yourself to other women. Don’t be scared to say No. Surround yourself with likeminded people.

Which other women are killing it in the industry right now?

Orla Gartland is always killing it it and she’s just announced she’s starting her own label too. Eliza Shaddad is brilliant. YVA just released an incredible EP ‘Hype Machine’ which I can’t stop telling people about and i really rate a band called Sunflower Thieves from Leeds.