Hi Rose. Thanks for talking with LOCK Magazine. How does it feel to be Canada’s first female guitarist sponsored by Blackstar Amps? It must fill you with confidence knowing that you have support like that.

Rose: In a word, “AMAZING”! I’ve been using my Blackstar now since 2016 when I formed my new band, The Truth Untold, and I honestly can’t imagine rocking with another amp.

I like to keep my live rig simple, and to me, what defines a GREAT amp is one wherein you don’t require a massive pedal board in order to achieve great tones. That’s where Blackstar is a step above the rest: they’ve managed to create a product line that equally shines with its cleans and overdrives.

Not only do I LOVE my amp, but the Blackstar team have been INCREDIBLY supportive and encouraging of my band and our career objectives to the extent that they personally set up an industry showcase for us at the legendary Whisky a Go Go in Los Angeles. Not bad for our Hollywood debut!

Founding your own record label at the young age of fifteen years old is certainly quite a feat. You do hear of cases where starting up your own record label can be beneficial for your musical career. What made you start up your own label? And do you think it has paid off? I can imagine it is a different experience compared to when Anti-Hero was signed with Universal.

Rose: Back in my early teenage years, I was just starting to get my feet wet in terms of understanding the ins and outs of the music industry. I had formed my first ever rock band, HER, with some high school friends and we were in the process of putting together material for our debut album.

We had established some decent buzz that I wanted to capitalize on for our release and I thought it would be a smart marketing move to have a record label behind us. In other words, I wanted to set us apart from other up and comers by presenting a “professional” and “branded” image. We went so far as to coordinate our hair colours for photoshoots and choreograph our stage show. True story!

While in the long run it turned out that my HER bandmates weren’t as keen on pursuing music professionally as I was (we were kids after all), I absolutely think laying down the foundation of my own label in those early days was worthwhile. I learned a heck of a lot about business – the music industry and otherwise – and HER Records has become a launchpad for other entrepreneurial endeavours of mine.

In terms of my experience of being affiliated with a major label with my second band, Anti-Hero, yes you can certainly say it was “different”. I’m admittedly a diehard DIY-er and proponent of the notion that NO one will work as hard or be as passionate about your career as you.

While I absolutely would welcome the expertise and resources at the disposal of a major label again, I’m pretty dead set on certain things like never giving up ownership of my songs.

You played Nashville’s NAMM Show last year, tell me about the experience.
I think it goes without saying that this was BY FAR the highlight of our summer, if not one of the biggest highlights of my career to date.

It was a tremendous honour to not only be able to represent my longstanding sponsor, DaisyRock Guitars, but further to rep our country as the ONLY Canadian act selected to showcase.

On top of that, we managed to secure two travel assistance grants (another first of my career) from FACTOR and The SOCAN Foundation which was the icing on the cake.

The best part? Playing that showcase is what ultimately led to my new sponsorship with Blackstar and my drummer’s new endorsement deal with Mapex Drums Canada.

It was just one of those moments in life where everything you’ve been working so damn hard at aligns. 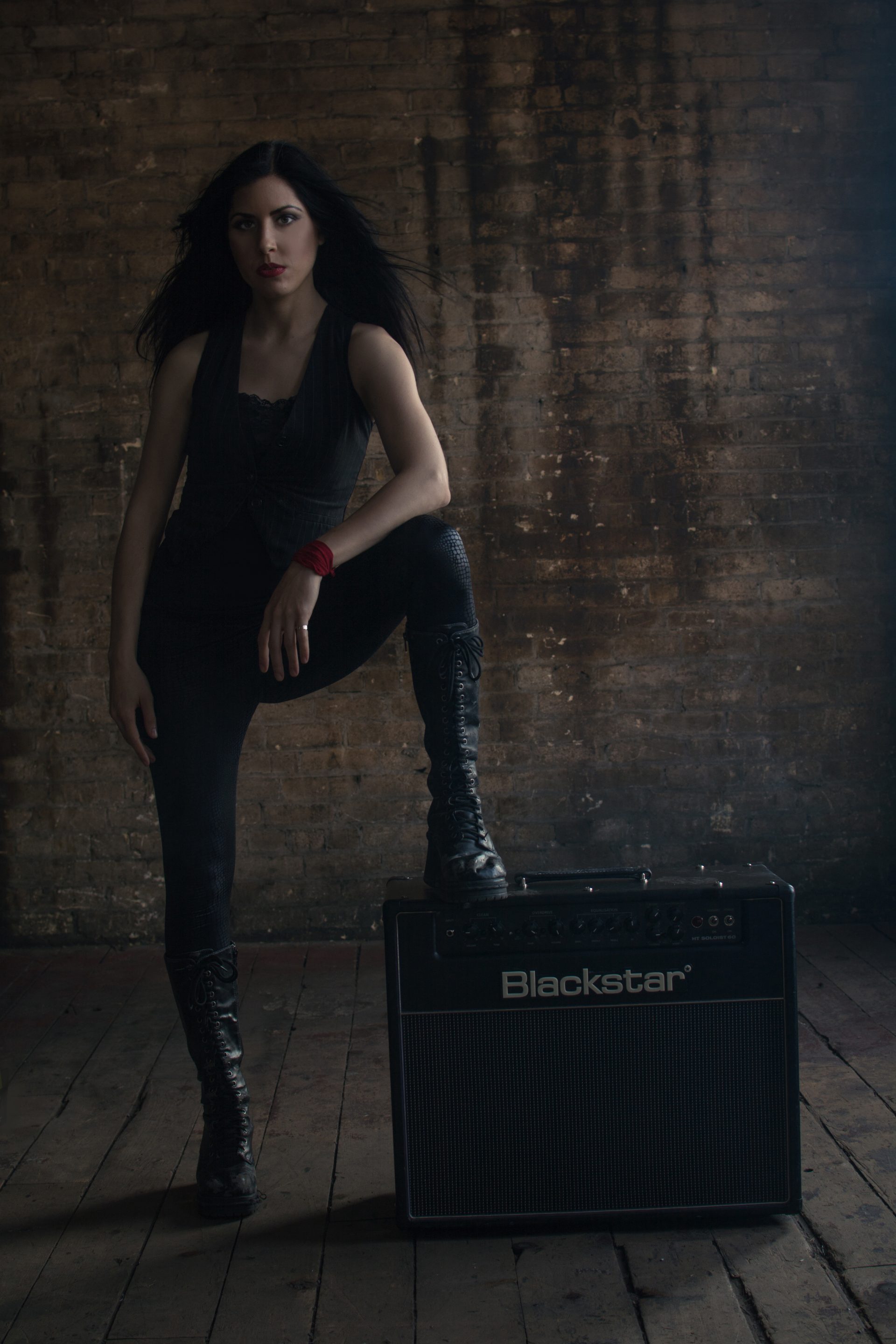 How did your band The Truth Untold form?

Rose: I had been working on my sophomore solo album, “Onto the Floor” for a couple of years and decided that in 2016 it was going to be the year of its release. While it was initially envisioned as an acoustic record in the same vein as my debut solo work, “Off Of the Pages”, it had changed directions a couple of times throughout the process and I found myself being pulled back toward my rock’n’roll Anti-Hero frontwoman days. The result was that I created a release that was much too complicated to do justice performance-wise as a solo singer/songwriter, and so the search for bandmates began.

I took to the usual routes of social media groups and Kijiji and was lucky enough to find my ridiculously talented drummer, Tyler Randall, on my first try. From the moment we jammed out two of my songs together at his audition, I KNEW he was the one. Without me having to articulate what I wanted, he just “got” me/my music. It was/is a rare connection.

Finding a bassist to round out our lineup proved a heck of a lot more challenging. In fact, we had prepped one for almost half a year only for him to flake out just as we were starting our tour circuit. As a result, we decided to go it alone as a two-piece for the remainder of 2016 and all of 2017.

With a full schedule of dates, we didn’t have time for drama. Instead, we focused our energies on changing our arrangements to compliment our new “reversed White Stripes” dynamic.

It wasn’t until after we were encouraged by our new sponsors to find a touring bassist that we recruited our longtime soundwoman, Amber Gorham, to join the band.

A talented multi-instrumentalist, I personally gave her bass lessons to bring her up to speed. We look forward to rocking 2018 as a trio the way I had intended.

Blackstar Amplification isn’t your only sponsorship, how did the Daisyrock Guitars sponsorship occur?
Back in the early 2000s, when DaisyRock was just starting to expand into Canada, I approached them about potentially developing an artist relationship.

Rose: I really liked their female empowerment mandate and their instruments were revolutionary in their design: lighter weight, smaller scale and perfectly suited to the reduced stature and handspan of the typical female guitarist.

I feel very honoured and privileged to have become their very first Canadian endorsee and I still proudly play my Stardust Venus Elite, nicknamed “Glamour” cause she’s oh so glamorous.

Finally, what are your plans for the rest of 2018 Rose?

Rose: Beyond world domination haha? We’re gearing up for another awesome summer tour as well as working on our first ever band E.P! More ROCK is on its way. Don’t you worry!