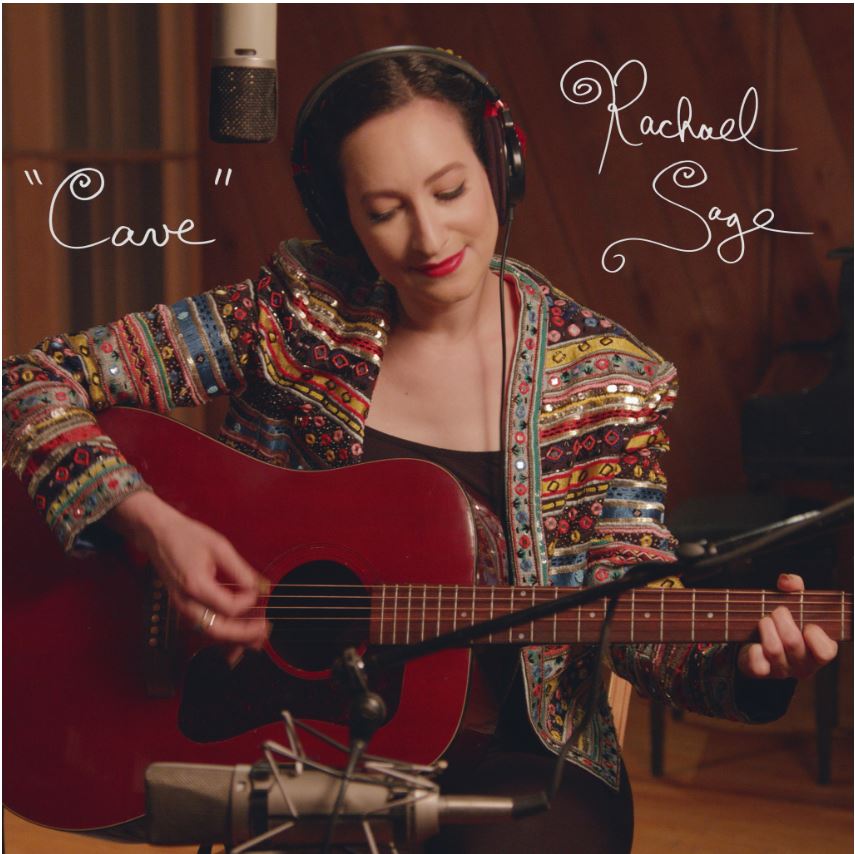 ‘Cave’: Rachael Sage at her most introspective and authentic

Rachael Sage, New York based singer-songwriter, has released an introspective and thoughtful music video for her song ‘Cave’.

In releasing ‘Cave’, Sage looks back at her past and heals old wounds. It’s a song she wrote when she was in college, recovering from a broken heart in the wake of a toxic relationship. Looking back through old lyrics whilst preparing to release album Character, Sage found the lyrics to still ring true and so took to the studio to perform a stripped back version of the song.

The video sees Sage take on the role of art director and peppers the screen with lyrics written in her own handwriting. Also on the team is long-time collaborator Nick Clark and animator Daniela P. Solomon. The clip employs playful animation to bring her handwriting and signature squiggles and eyes to life, as though we are in Sage’s psyche.

The minor, Eastern European flavour of serpentine string and accordion riffs perfectly mirrors what Sage describes as “a complete loss of self” during this difficult time.

The songs on ‘Character’, originally composed as a meditation on gratitude in the midst of her own cancer recovery, have taken on new resonance during Covid-19 and recent protests against inequality, with themes woven through the album that reflect upon gratitude, optimism and defiance – all which define what comprises character.

‘Cave’: Rachael Sage at her most introspective and authentic

REVIEW: Zoe Scott’s ‘Quiet Nights’ is a beautifully-written homage to love itself
SINGLE: ‘Squelettes’ by Maryze feat. Backxwash
To Top