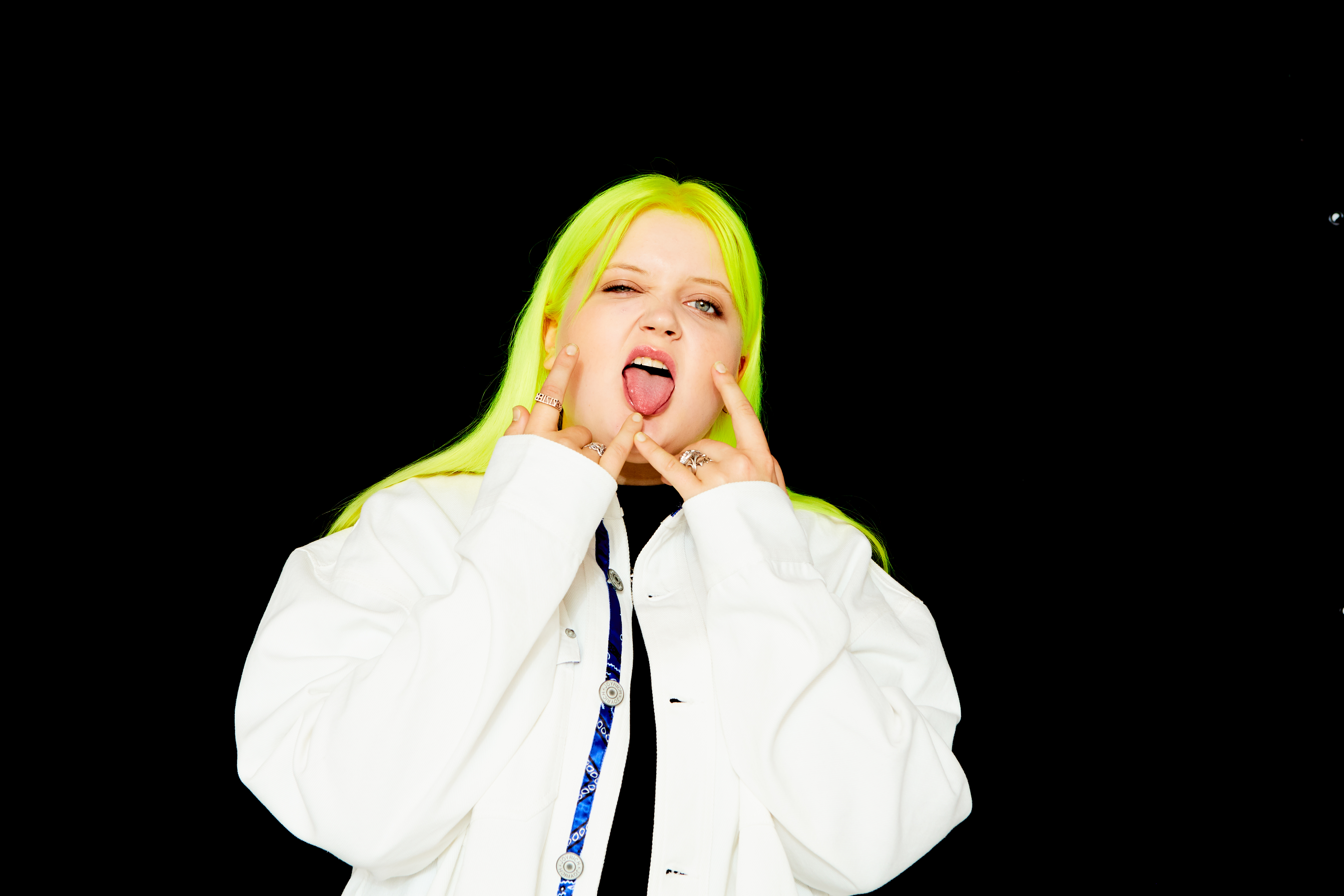 At seven o’clock on a Saturday night in London, doors to the Eventim Apollo in Hammersmith opened to a chorus of excited teenagers. Waiting for hours in the rain, they bolted inside as fast as they could, desperate to get to the warm and to the front. It was a short wait inside, fans were still rushing into the venue, before the lights went down and Finnish singer Alma bounced onto the stage to a heavy dance beat, sending a rush of energy into the room.

She introduced the night by shouting the immortal words ‘let us start this party’ as fans jumped along to the sonic beats blasting from the speakers. Performing to an audience that was mostly unfamiliar with her music, Alma started the set by playing her first two singles Karma and Dye My Hair – which were both greeted by shouts and claps from her new fans. Any late arrivals entering the venue were immediately caught up in the electric vibe filling the room as the growing crowd was neither silent nor still, which is too often seen for support acts.

Teens with multi-coloured hair smiled and shouted with ‘whoops’ and ‘ahhhs’ as they forgot the difficulties they faced queuing in the rain, and realised that their night had begun. Alma’s own excitement to be there was clear and infectious as she ran across the stage, encouraging the audience to join in – while playing song Dance For Me, she even got fans to ‘put their hands together’ and clap enthusiastically to the beat.

Her presence filled the stage as she moved along to her own music, but her vocals did not suffer for it. She sang strong notes that rang through the room, wowing the crowd and setting high expectations for the rest of the night. She finished by thanking the audience, the crew and, of course, Halsey for giving her the chance to be there, showing her gratitude verbally as well as in the high energy of her performance.

Ending with the single ‘Chasing Highs’ – a tune numerous fans had clearly heard before, judging by the volume of their voices. They sang with Alma all the way until the song was over and it was time for her to leave the stage. She left the once wet and dreary crowd, smiling and buzzing for the rest of the night.

LIVE REVIEW: The Cosmics @ Fuzzy AF All-Dayer
Single Review: Wallflower by Martha Hill
To Top
We use cookies to ensure that we give you the best experience on our website. If you continue to use this site we will assume that you are happy with it.Confirm