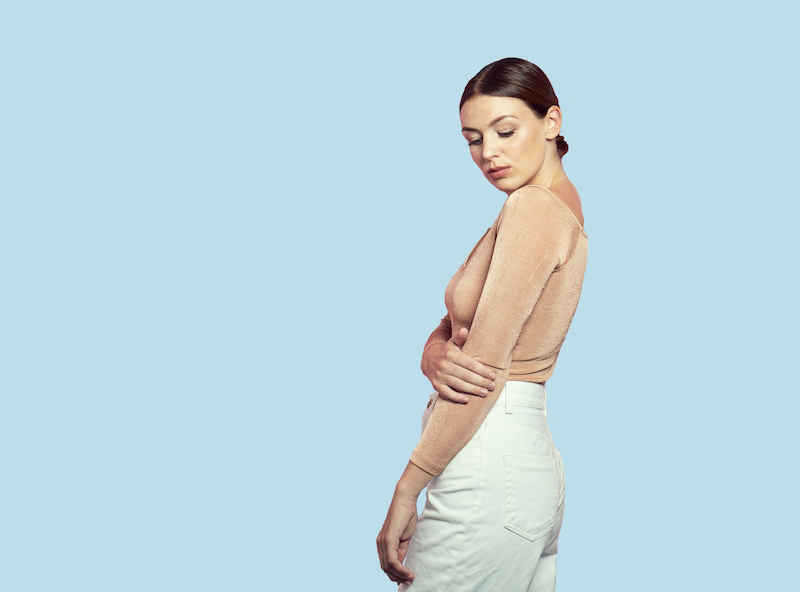 Hide is the debut EP of Norwegian singer ODA (pronounced “oo-da”) who has steadily been releasing great electronic pop songs over the last three years. The 29-year-old competed in the Norwegian version of The Voice in 2013 and has collaborated with other artists such as Danish EDM producer MORTEN.

The EP opens with the soft electronic beats of lead single ‘Don’t You Know’, which describes the loneliness ODA felt when moving away from a big city as she tries to figure out where she fits in this new environment. The catchy title line of the track will continue going round your head long after you listen.

‘Forever Or Never’ adds a lower pitched distortion of ODA’s vocals underneath the chorus in a similar way to Lorde’s first album; whilst synths punch under each of her words which make it fun to sing along to. This highlight from the EP is about wanting a partner to stay but only if they are going to commit to her and is very reminiscent of the singing style of fellow Scandinavian pop star Sigrid.

The EP title track, ‘Hide’, starts with a single keyboard synth beat and builds into a big electronic sounds that could easily belong on a Halsey record.

There are two versions of ‘Brain vs Heart’ on hide: an Electronic version and an acoustic version. The former has catchy dance-pop synths with the chorus but it is the acoustic version of the song that provides the stand out moment of this EP. Having only a piano playing with gentle violins allows ODA’s vocals and lyrics to shine through to make this song a very powerful yet beautiful take on being homesick whilst travelling and questioning where home really is. This version lets the emotion of feeling lost come through to make a brilliant pop ballad.

Hide, with its cool electronic as well as piano led pop songs, demonstrates that ODA means business with her music. Her knack for writing powerful lyrics about finding yourself in the world will leave you waiting in anticipation to hear more.

EP Review: ‘Plan B’ by Hollie Carmen
LIVE: Amber-Simone @ Bermondsey Social Club
To Top
We use cookies to ensure that we give you the best experience on our website. If you continue to use this site we will assume that you are happy with it.Confirm