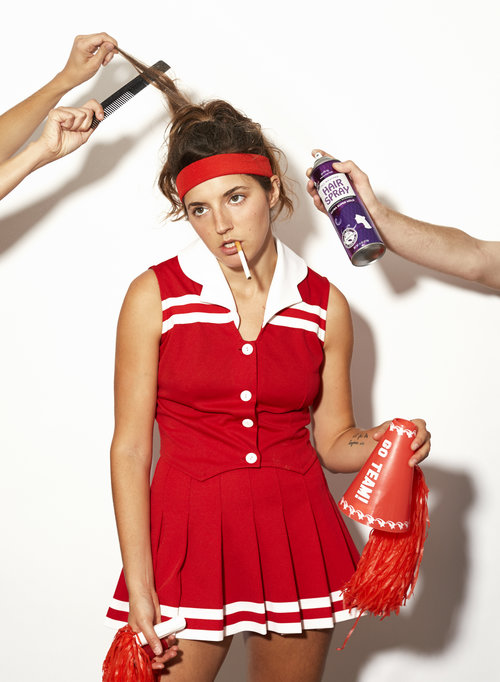 Not many artists are successful in utterly transforming their musical path. But Caroline Rose’s venture into experimental, synth-based music has paid off.

Her darkly-comedic second album, entitled Loner and co-produced with Paul Butler in California, swaps her previous folk-rockabilly tendencies for a new schizodrift sound – a genre coined by Rose herself which blends pop, punk, folk, surf and electronic styles.

Beginning work on Loner three years ago, following country record I Will Not Be Afraid, Rose has combined an entire album of manipulative experimentation with an abrasive punk attitude. Unafraid to ingenuously speak her mind on a number of issues across this album, Rose’s comedic style of lyric writing makes the whole record exceptional.

The lead single ‘Money’ pokes fun at society’s inability to survive without the evils of capitalism. Drawing on her previous rockabilly sound, the track mocks our anxiety-inducing obsession with earning and spending money. By disguising tough subjects, such as capitalism, with light-hearted humour, Rose is able to convey important messages in a way in which the listener can internalise.

Exploring the idea of death and the feelings of drowning, the suffocating ‘To Die Today’ subtly insinuates the comfort of knowing that all pain in life is temporary. ‘More Of The Same’ channels the disillusionment of losing faith in something, whilst ‘Getting To Me’ tackles the overwhelming nature of everyday life. Inspired by Kate Bush and paired with a string arrangement, this alluring track tells a powerful tale of loneliness and isolation.

Challenging misogyny is also a key theme throughout Loner; the energetic ‘Soul No.5’ is inspired by catcalling and discusses the paradox of wanting to be admired yet completely respected.

‘Cry!’ taunts female weakness and the stereotype of female emotions, whilst the feminist, surf-punk anthem, ‘Bikini’ satirically comments on everyday sexism. Rose sings “We’re gonna put you in the movies and on TV, all you gotta do is put on this little bikini” – coherently pointing out the standards that women are forced to live up to within the entertainment industry.

Although Loner is completely dissimilar to its predecessor, Caroline Rose’s growth and artistry has become incredibly exciting.

Album Review: Red by Hannah Trigwell
Single Review: Hey Compadre by LOCK
To Top
We use cookies to ensure that we give you the best experience on our website. If you continue to use this site we will assume that you are happy with it.Confirm